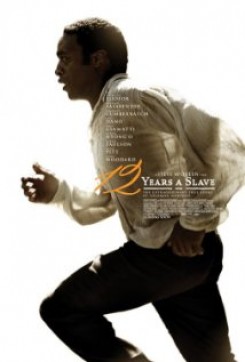 The true story of a free black man who is captured in upstate New York and sold into slavery in the South.

All horseback riders were stunt riders or experienced actors who were skilled at riding, mounting and dismounting. All running/galloping scenes were well choreographed, and actors used caution while on and near animals. The horse(s) rearing was a trained behavior. When teams of horses pulled wagons or carriages, the drivers were experienced and teams of horses were familiar with each other and accustomed to the pulling action. Whenever horses were seen tied to posts/fences, they were attached to lead ropes tied to posts. For the horse-drawn carriage scenes, these were actual carriage horses and their usual drivers that work in the city regularly and are accustomed to the climate, people and noises.

In the scene when the main actor walks into the woods and watches two slaves are getting lynched while men surround them with leashed dogs barking, trainers used hand signals and verbal commands to cue the dogs to lunge and bark.

In the scene when the man runs through a pig pen and slips, the pigs were contained in a wooden pen and allowed to roam naturally. Actor rehearsed running through pen. Between takes pigs were placed in a shaded area and given food and water.

In the scene when the slaves are picking cotton and they encounter the worms eating the cotton, prior to shooting this scene bug wranglers gently placed the tobacco worms on each cotton plant. They were removed right after shooting the scene.