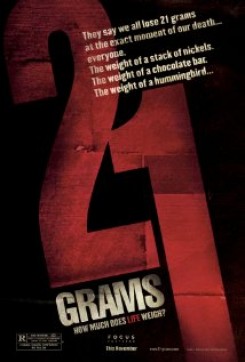 The animal action in this drama is minimal. Deep in the background of one scene, a black and white dog sits next to a neighbor's car as Jack (Benicio Del Toro) pulls into his driveway. Trainers used two mixed breed dogs for this scene and instructed the animals to sit and stay, then run from one location to another.

Later in the film, Michael (Danny Huston) and his two daughters walk down a residential street while the girls delight in chasing after a pigeon on the sidewalk. The pigeons were trained to walk from crate to crate, meaning trainers removed them from one crate and then encouraged them to walk toward a second crate hidden behind some shrubs. In order to insure the pigeons would not try to fly during the shoot, trainers taped their wings with non sticky tape that is completely harmless for the birds.

As a consolation gift for his time away in jail, Jack brings his son a caged hamster in the middle of the night and sets it on his dresser. Both the cage and hamster were provided by the animal coordinator working on the production.

Although American Humane's Film and Television Unit was not on set to monitor the action in "21 Grams", we have screened the film and requested documentation for how this mild animal action was achieved along with reports regarding the general care of the animals. Based on the reports from production and the animal coordinator on set, we are rating the film "Believed Acceptable."