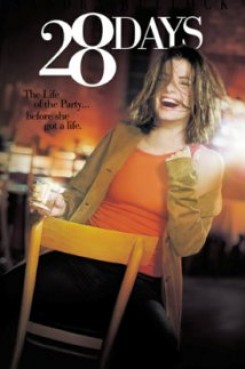 When a young writer, Gwen Cummings, checks into rehab to kick her habit of pills and alcohol, she discovers what life looks like from behind clean and sober eyes. What she learns about herself and her relationships to other people is the bigger revelation.

Gwen finds herself in a rehab center after an accident in which she drunkenly swerves to miss a cat in the road and crashes into a lawn jockey and the house behind it. For this scene no cat was actually seen nor used.

While at the rehab center, the patients are introduced to "Equine Therapy." Using the horse as an example, the therapist makes the point that each of the patients must learn to relate what they need. If they want the horse to raise it's hoof, they must be completely concentrated on asking the horse, gently and through touch and intent, for its cooperation. One by one the patients try, unsuccessfully, to lift the horse's hoof. It is a testament to their knowledge and commitment to themselves if they eventually gain the horse's trust and get the hoof to budge. There are several attempts at this therapy throughout the film.

The horses in the film were placed by trainers in the coral area. A trained Equine Therapist was on set to work with the horses and the actors.