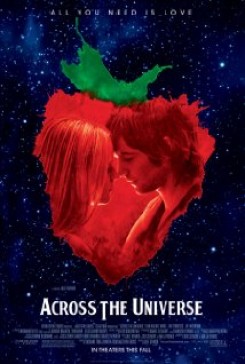 Set amidst the soul-searching, peace-oriented era of the 1960s, Jude (Jim Sturgess), an overseas dockworker, goes on a journey to the United States to track down his estranged father. While in America, he not only finds his father; he also finds love with a young girl named Lucy (Evan Rachel Wood).

Sadie (Dana Fuchs) has a pet cat that is seen in her arms or wandering around her apartment in some scenes. Two Maine coon mix cats named T.C. and Kyle were alternated in this role. The cast and crew were introduced to the cats and instructed on their handling before filming began. One of the cats was either handed to the actress or placed on his mark right before filming began. The trainer stood off-camera and used a combination of hand signals and verbal cues to get the cat to walk or look in a certain direction. The trainer easily retrieved the cat after filming and rewarded him with a treat.

The production provided documentation that the deer head that hangs in the psychedelic bus was fake.

American Humane did not monitor the dog action.