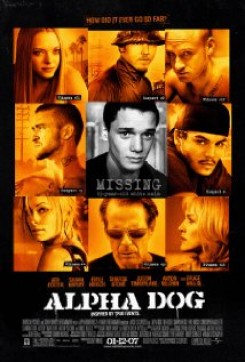 In this film inspired by real events, teenage drug czar Johnny Truelove (Emile Hirsch) impulsively decides to kidnap Zack Mazursky (Anton Yelchin), the 15-year-old brother of a man in his debt. Truelove's crew looks after Zack well enough over the course of three days, taking him from party to party while their ringleader tries to figure out how he can extricate himself without ending up behind bars. But what starts as a foolish power play eventually spirals violently out of control, winning Truelove the dubious distinction of becoming one of the youngest men ever on the FBI's most wanted list.

Johnny Truelove's pit bull, Adolf, appears in a few scenes in the film primarily performing mild, unscripted action in the background. Three neutered male dogs were alternated for the role of Adolf and two trainers on set oversaw the action. Actors working in party scenes with the pit bull maintained an awareness of his whereabouts at all times as the dog wandered around saying hello to everyone.

When Jake Mazursky (Ben Foster) tries to drown Johnny in his pool, Adolf runs over and bites Jake's leg. Seconds later, unidentified hands drag the dog away. For this intense action, the pit bull's handler stepped in for Foster and wore padding on his leg that the dog had been cued to "play" attack. A second handler, who had released the dog from the side of the house at the start of the scene, grabbed Adolf and pulled him off, rewarding him with treats for a job well done.

Trainers gave a safety talk to those working on set and, as a precaution, stood between the dog and crew during filming. According to the safety rep monitoring the production, the dog behaved beautifully and was well-prepared for the action. Shattered glass from the sliding patio door was made of rubber and not a hazard for the animal.

Grainy home video footage of small children with ducks, dogs and goldfish during the film's opening scene was supplied by cast members and friends of the director, Nick Cassavetes, and are authentic home movies that were edited together to form the montage.

The woman walking her German shepherd when Zack is kidnapped was an extra who brought her own dog to the set that day.