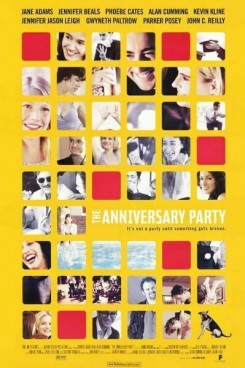 Two dogs appear in the film. One is named Otis, a Shephard/Bisenji mix, that is owned by Jennifer Jason Leigh. Otis appears throughout the film as the beloved pet of the Therrian's. When Otis decides to slip out the gate and wander off, the couple's anxieties are peaked. As they wander the Hollywood Hills calling for Otis, they have a confrontation that has been percolating for years.

The other canine guest is a small multicultural canine named Anouk. She is also owned by one of the actresses in the film, Blair Tefkin. Anouk is generally cradled by the actress throughout the party and fed bits of party goodies.

Both dogs had a professional trainer and their owners present as well as AHA Field Representative supervision. Very often it was the owner/director who gave Otis his cues and readily cut any action that made him uncomfortable. Since the dogs were not seasoned animal actors, they were carefully paced.