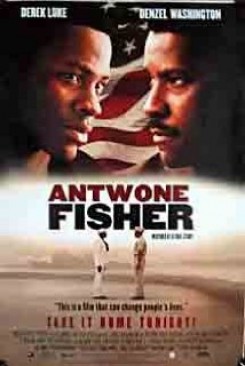 A young sailor, Antwone Fisher (Derek Luke), is ordered to see a Naval psychiatrist to learn to control the angry impulses that cause him to fight with shipmates. Denzel Washington plays the psychiatrist who helps Antwone and inspires him to seek out the family that abandoned him as a child.

Although American Humane did not monitor this production, a representative from the Film and TV Unit did speak with the wrangler who provided the grasshoppers and the cat to see how the action was achieved. The following information was provided by that wrangler:

Children are collecting beautiful grasshoppers from bushes and placing them inside jars. One child pours some grasshoppers from one jar into another jar. He then pours the full jar of grasshoppers down the back of another child's shirt. The wrangler worked with the young cast before filming began and showed them how to handle the insects. The wrangler prepared the jars and then released the grasshoppers onto the bushes. The children carefully gathered the insects and placed them inside the jars. One of the actors pours the insects from one jar to another and down the other young actor's shirt. The young actor was very gentle and slow in his movements. Because the life expectancy of these insects is so short, the wrangler determined that the best thing for them was to be released after the scene was filmed.

As Antwone approaches his mother's building, a cat wanders by. A trainer placed the cat on its mark and another trainer stood off camera calling to the cat who happily walked over and received a treat.