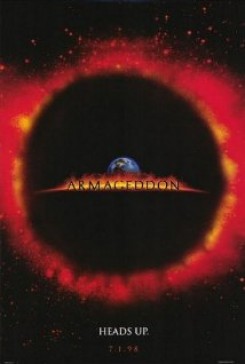 Armageddon is a film about an asteroid the size of the state of Texas headed straight for earth and the motley crew of oil drillers, that NASA sends in space to blow it to smithereens.

What kind of dog was used in the film and seen dangling from his leash? How did they do that stunt?

The dog in the film is a French Bull Dog named Frankie. Frankie was custom fitted with a special harness that supported him around the abdomen and the chest and distributed his body weight. The leash attached to his collar was never pulling at his neck.

Frankie's trainer and owner, Brenden Kelley, was so pleased with the work Frankie did no the film that he made a short documentary about the dog's experience as an actor. The film is entitled Frankie Goes to Hollywood and co-stars some of the actors Frankie worked with in Armageddon.