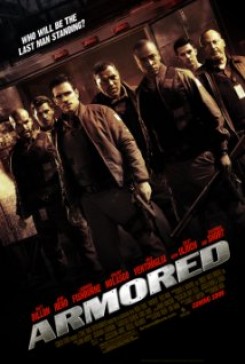 Mike (Matt Dillon) and Ty (Columbus Short) are armored truck guards who work together. Ty is coerced by Mike and other coworkers to help steal a truck containing several million dollars.

American Humane monitored a scene in which two dogs sniff around a dumpster in an alley. A trainer placed each dog on its mark after the grounds were checked for hazards and food was scattered around the area. The trainers stood just off-camera. This scene did not appear in the theatrical release but may be in the DVD.