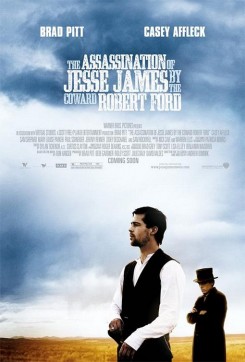 Assassination of Jess James By The Coward Robert Ford, The

Robert Ford (Casey Affleck) joins the James gang, only to become resentful of the legendary outlaw and devise a plan to kill him.

Safety Representatives were unable to directly supervise the animal action in The Assassination of Jesse James by the Coward Robert Ford due to the fact that it was filmed internationally and the production did not establish a contract for our oversight. The production did submit some information regarding the animal action and provided a pre-release screening of the film, as requested by American Humane.