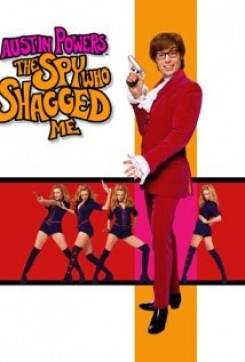 Austin Powers II: The Spy Who Shagged Me

The cat, Mr. Bigglesworth, who stars as Dr. Evil's pet, was named Cat of the Year by Cat's Magazine. Mr. Bigglesworth, a unique member of the Sphinx breed, appears on the July '99 cover of the magazine wearing a designer collar. Austin Powers II: The Spy Who Shagged Me is a sequel to the hilarious comedy Austin Powers. In this installment, Dr. Evil returns to present-day earth and sends his new henchman, Fat Bastard, to steal Austin's mojo while he is still cryogenically frozen. When Austin is thawed, he finds out that he must go back in time to the 60's to retrieve his stolen mojo.

There are several scenes in which Mr. Bigglesworth, the hairless cat, is sitting in Dr. Evil's lap. Dr. Evil's clone, Mr. Mini-Me, also has a hairless kitten, which he holds whenever his mentor is holding his cat. The cat and kitten used in this film are of the Sphinx breed, which is naturally hairless. The trainers placed the cat and kitten in the actor's lap and retrieved them at completion of filming. There is a scene where Felicity, a female agent, and Austin are in a tent in the woods and you see their silhouettes from the outside. Felicity appears to be pulling a gerbil from Austin's buttocks and holds the animal by its tail. For this scene, a curved PCV pipe was placed next to the actor's leg and the trainer placed a rat, instead of a gerbil, just inside the pipe. The trainer had prepped the actress prior to the scene. The actress gently pulled the rat by its tail out of the pipe and held it up in the air. At the completion of the shot the trainer retrieved the rat and placed it back into its terrarium.