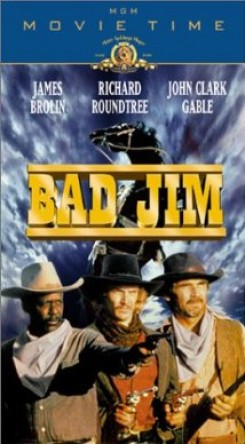 Three cowboys, each with their own special dream for a simple and good future, come across a wounded man and horse alone on the prairie. The man tells them that a posse is pursuing him for bank robbery and that the magnificent horse had belonged to Billy the Kid when Billy was killed and that the horse holds a curse.

One of the cowboys, John T, is strangely drawn to Billy's horse and makes a deal with the robber in exchange for the horse which he names Jim. As soon as John T is astride, Jim is aware of the horse's almost magical strength and speed which gives John T a new sense of power. John T, who is eager to own his own ranch, decides the fastest way to get the money is to rob a bank. His friends join him and soon the trio are involved in a series of robberies and are pursued by a dauntless posse from which there seems to be no escape.