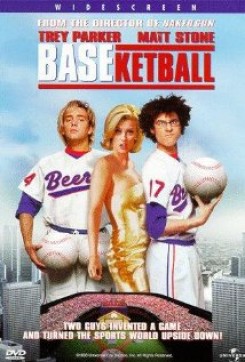 BASEketball is a comedy about two slackers who invent a game that they can be sure to win without expending effort. It is a combination of basketball and baseball that becomes a national sensation.

In BASEketball, the comic sports heroes are seen autographing a chicken and in the background a chicken is seen being scooped up by a vacuum with feathers flying. For this scene fake chickens and prop feathers were used.

In another scene, one of the heroes is watching a parody of a realistic documentary TV shows called Road Kill: Caught on Tape. All of the animals in the "Road Kill" show are fake.