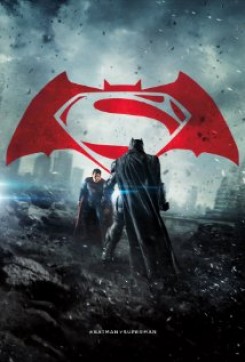 While Batman dukes it out with Superman, Lex Luthor plans world domination.

In the scene when we see policemen on horseback and the horses whinny and pull back in front of the explosion, the horses were being ridden by stuntmen who knew how to ride the horses. The horses rearing was a trained behavior. The explosion never occurred near the horses. They were filmed separately.

All horseback riders were stunt riders or experienced actors who were skilled at riding, mounting and dismounting. All running/galloping scenes were well choreographed, and actors used caution while on and near animals.

In the scene where we see the horse and carriage, overhead shot, the horses were brought to the set by their trainers. Trainers made sure the bridles and harnesses were placed on the horses correctly. Horses were provided water and shade between takes. When teams of horses pulled wagons or carriages, the drivers were experienced and teams of horses were familiar with each other and accustomed to the pulling action.