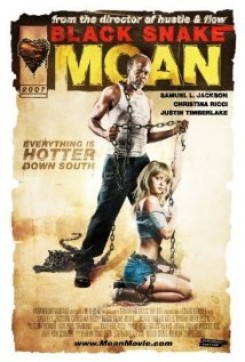 When a God-fearing bluesman (Samuel L. Jackson) finds a young woman (Christina Ricci) near dead on the side of the road, he tries to help heal her while searching for his own redemption.

Two dogs are seen in an enclosed pen with dog houses in several scenes throughout the movie. Elvis and Leon are the two hound dogs that played the parts. The dogs were placed in the pen and leashed by a trainer who stayed close by during filming. The trainer gave the dogs verbal cues to "bark" and "sit" as needed. The dog houses were reinforced and inspected by an American Humane Certified Animal Safety Representative, and the dogs were comfortable in their enclosure and provided with water between takes.

Both Elvis and Leon were rescued from a local shelter and were five days away from being euthanized. They are now in a loving home and enjoying their newfound fame.