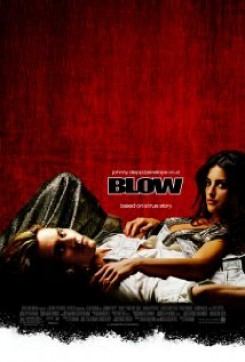 Based on the true story of drug dealer George Jung (Johnny Depp), Blow details when and how the drug of choice in the U.S. switched from marijuana to cocaine in the 1970s, and why one man was solely responsible for it.

In several scenes, animals such as chickens, burros, and horses walk around or stand in the background. Filmed in villages in Mexico City and Acapulco, the production did not hire animal trainers for the film. They instead opted to hire locals as extras and their animals for background work. Production did not interfere with the animals in the shots and merely captured what they did naturally.