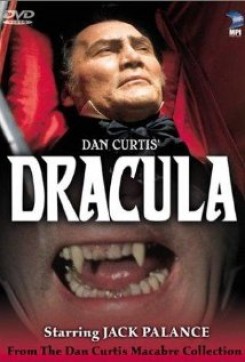 This latest and most spectacular version of the mythic vampire tale is faithful to the original Bram Stoker classic published in 1897. The Gothic horror film is also a romantic and erotic love story, accented with touches of skin-tingling terror and bloody gore and violence, much of which is accomplished with elaborate illusionary effects. The legend is born in 1462 when Transylvanian nobleman, Dracula, defends his land against invading Turks. Dracula's enemies falsely send word back to his beloved Elizabeth that he has been killed. Vowing she cannot live without him, and hoping they'll be united in heaven, Elizabeth commits suicide. However, a monk tells the returning Dracula, taking one's life is against God's law and her soul is damned and she cannot go to heaven. In anger, Dracula renounces God and vows that he will arise from his own death to avenge Elizabeth's. The story then shifts to turn of the century London, where handsome young Jonathan Harker is preparing to leave for Transylvania to close an important deal for his law firm. He is replacing his superior, Mr. Renfield, who went mad and had to be locked up in a lunatic asylum after he went to Transylvania. Harker bids adieu to his fiance, Mina, promising that when he returns they will be able to afford an expensive wedding. Night has fallen when Harker arrives at the isolated, eerie, and ancient castle and is welcomed by an equally eerie and ancient Dracula. Later that evening, after Dracula has signed the papers to purchase some valuable London real estate, his eyes become riveted to a photo of Mina which Harker accidentally mixed with the documents. To Dracula, Mina is the reincarnation of Elizabeth. Harker tells Dracula that he and Mina will marry when he returns. Dracula shows Harker to his room, but when Harker sleeps he begins having strange erotic nightmares. Before long, he realizes he is a prisoner and begins making plans to escape from the fortress-like castle. In the meantime, back in London and transformed into the dashing man of his youth, Dracula arranges a chance meeting with Mina on a London street and introduces himself as Prince Vlad. Mina is at once frightened by, but charmed and attracted to the exotically handsome prince. Dracula begins his unique courtship of Mina. Mina's closest friend Lucy begins exhibiting bizarre behavior. She confesses to having erotic nightmares and odd fang-like marks have appeared on her throat. Professor Van Helsing, a doctor specializing in diseases of the blood, is brought in to see what is wrong with Lucy. It doesn't take Van Helsing long to confirm that what ails Lucy goes beyond human experience. Dracula has a formidable foe in Van Helsing, who knows how to deal with vampires. Exciting chills and action abound in the ensuing conflict between good and evil.