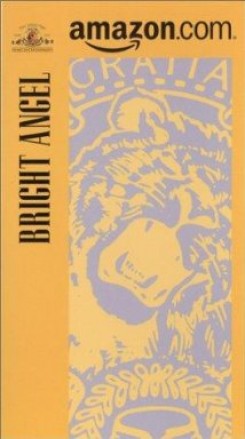 When George's mother leaves their Montana home, the naive teenager hitches a ride with a street-wise girl in the hopes of finding his mother. The girl, Lucy, is on her way to Caspar, Wyoming where her brother is imprisoned on murder charges. Lucy wants to pay an attorney six-thousand dollars not to testify against her brother and George decides to help her. The old-beyond-her-years Lucy gets George involved with some unsavory characters.

In a very realistic opening scene, George and his father go duck hunting illegally at night. This scene was shot in cuts and edited later using 300 hundred live ducks and 25 dead ducks purchased from a duck farm. Blank shot gun shells were used while shooting at the live ducks swimming on the water. Pea-sized dirt was thrown into the water to get the ducks to fly. The purchased dead ducks floating in the water were filmed separately. Another very graphic scene involves a fish that is pulled out of the water on a fishing line and placed on the ground where it continues to flop. Lucy then sticks a knife into the fish's gills and throws it back into the stream. Dead carp fish, that had been discarded by local fishermen, were used. A dead fish was pulled from the water with the actor moving the pole to create the impression the fish was moving. To achieve the effect of the fish flopping on the ground, a prop man was buried in a shallow hole dug in the ground. Two wires were attached to the ends of the fish. Unseen by the camera, the prop man moved the wires resulting in the very realistic looking fish movement.