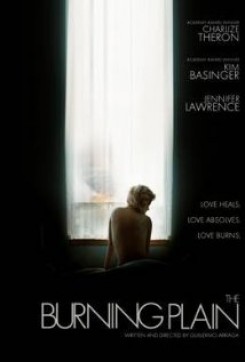 A drama with a two-tiered storyline concerning a mother and daughter who try to form a bond after the young woman's difficult childhood.

The quail used in this film were wild birds brought to the set by the State of New Mexico Game and Fish Department. In two scenes, characters appear to shoot rocks at the birds with a slingshot. These scenes were filmed in separate shots. The birds were placed on their marks near a bush and filmed at liberty for a brief moment. Quails by nature prefer walking to flying and are prone to hide, seeking the nearest bush as shelter. The quails in this film were filmed doing whatever came naturally, ultimately walking or hopping into a nearby bush. They were then retrieved, allowing the actors to fling rocks into empty bushes or aim at fake bird props. No bird was ever in a scene with a slingshot. For the scene in which a bird is killed, feather props were dropped in front of the camera right as the actor slung the rock into the bush, to imply that the bird was hit. Before filming with the birds began, a perimeter was created, netting surrounded the area as a precaution, and trainers and crew members stood nearby. Production provided documentation that the dead quails in the film were props. Due to late notification or limited resources, American Humane did not monitor some of the bird action or any of the dog and chicken action. Burning Plain does not carry an American Humane disclaimer at the end of the film because the production did not give American Humane a pre-release screening of the film, which is one of the requirements for issuing a disclaimer. Find out how filmmakers work with American Humane and a get a complete guide to our ratings system.