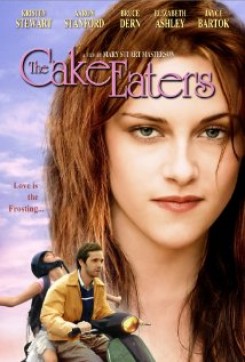 Two families' lives intertwine when a 15-year-old girl with a fatal disease starts dating the socially awkward 20-something son of the town butcher — who is having an affair with the teenage girl's grandmother.

Two black labs were alternated in the role of Georgia's (Kristen Stewart) dog. In one scene, the dog sits in the backseat of the grandmother's convertible as the car drives off. The trainer held the dog's attention while standing off-camera and reinforcing "stay" signals. The area was closed to traffic while filming and the car was driven at a slow speed for a short distance.

The dog lies beside Georgia at the flea market, and later is walked around on a leash by Beagle (Aaron Stanford) and Georgia's grandmother. The trainer used a "sit and stay" command for the first part of the scene. For the walking portion of the scene, the trainer instructed the actors on how to properly handle the dog and handed the leash to them right before filming began. Later, when Beagle is painting outside the butcher shop, a stray dog shows up for some meat scraps. Once a crew member placed the chunks of food on the ground, the trainer released the dog, which happily ate the food.

Easy (Bruce Dern) and his son Guy (Jayce Bartok) go to a farm to discuss a cow. The farm was a real farm, and the cow belonged to the farm's owner. She was a show cow, well-socialized to people and halter- and lead-trained.

Guy wakes up in a cemetery to a gray and white kitten climbing on him. The trainer placed the kitten on Guy's arm, told it to stay and watched the action from nearby. When the kitten started to move, Guy "woke up" in a choreographed movement.