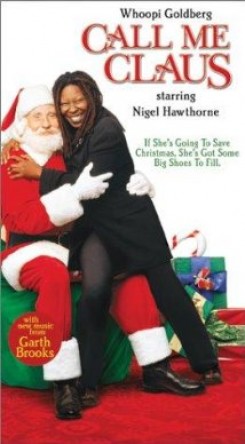 When a cranky home shopping network producer, Lucy Cullins (Whoopi Goldberg), hires an actor named Nick to play Santa Claus, she gets more than she bargained for. Nick is the REAL Santa Claus, and he faces mandatory retirement after 200 years on the job and wants to recruit Lucy as his replacement.

Nine reindeer were hooked up to a sleigh by seven accompanying trainers. The sleigh was filmed in front of a green screen and added special effects made it appear as though the sleigh was flying or had landed on a rooftop. The reindeer were merely filmed standing still hitched up to the sleigh. In the scenes where it appears as if the sleigh is being pulled by the reindeers, the sleigh is really being pulled by crew members. The snow was fake snow and was blown by a fan off-camera. To make it look as though the reindeer landed on the rooftop, rubber mats were placed on a stage floor and two reindeer were verbally cued to jump up onto them. When Lucy goes to Santa's workshop for the first time, she looks out the window and sees a reindeer in the yard. Again, the reindeer was filmed standing still and the scene was inserted into the film in post production.