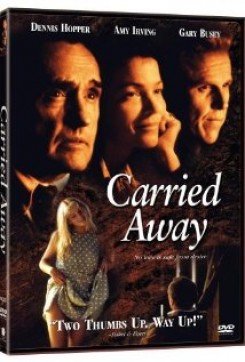 Joseph is a farmer and teacher in his late forties, living with his sick mother. In his entire life he has never left the little rural town he lives in, nor has he done anything out of the ordinary until he meets Catherine, a new seventeen-year-old in town. Catherine is one of his students. She also boards her horse at his farm. When he saw her that first day at the barn, he immediately felt an attraction for her. He never thought anymore about it, however, until that fateful day when he came home from school and found Catherine's Jeep in front of the barn. Upon checking, he found Catherine in the hay loft. Before he knew what was happening, they were making love. The affair had started and now Joseph doesn't know if he can, or wants to stop it, even though he is aware of how wrong it is.

In one scene Catherine's parents have come to talk to Joseph after finding out that he and Catherine are having an affair. After they leave, Catherine sneaks in his backdoor and confronts him about marrying her. She tells Joseph that her father said that he would never marry her and when he confirms her father's words she becomes very angry and tells him she has done a very bad thing. Joseph looks out of the window and sees the barn on fire. He rushes out to save the animals. He enters the barn, making his way through the flames, reaching the cow first and letting her safely out of her stall. Then he makes his way to the horse and her burning stall. The horse runs out of the barn, but her tail and mane are on fire. Later we see a crying Catherine sitting on the ground next to her dead horse. This was all accomplished in a very controlled environment. A veterinarian was on location at all times. At the point where the horse runs out of the barn on fire, he is running from point A to B. The wrangler at point A released him while the wrangler at point B called the horse. To protect the horse, gel was applied to the entire body of the horse. A blanket, saturated in water, was also placed on the horse. The horse was never aware of the flames because it was out of his range of sight and the temperature on his body was always cool. In fact, at one point the horse ran through the fence and began grazing in the field. Although he received minor cuts from the fence, he remained unaware of the fire. The veterinarian on set treated his wounds. When Joseph helped the cow out of the barn the actor merely pushed the animal out of the stall while the wrangler called her to her next mark. To accomplish the scene of Catherine sitting next to her dead horse the wrangler merely laid the horse down and he stayed until the wrangler released him. Catherine's father, the Major, invites Joseph to go duck hunting and he accepts. The two men are quietly waiting for a sign of their prey, when about seven ducks come into view. The Major raises his rifle aiming at the group of ducks and shoots. He ends up getting three ducks as Joseph goes home empty handed. The ducks are not actually seen being shot. Dead ducks had been purchased by the production company. Stock footage was used for the scene of the ducks flying. In one scene Joseph is sitting in the barn waiting for the arrival of the Major and his wife when he notices a wolf sitting outside the barn. She is staring at him and then looks off to the house and road. He aims his gun, but finds he is unable to shoot the animal. After Joseph puts the gun down the coyote turns and walks towards the woods. He then turns to stare at Joseph one last time before walking away. In an earlier scene Joseph sees the wolf sitting in the road as he is riding in his truck. He gets out to get a better look at her but the animal vanishes into the bushes. In order to get the wolf, played by a wolf hybrid, to look in different directions in the barn scene, three trainers stood in different places and called to her. Then a fourth trainer called to her from off camera to get her to leave. For the scene where she is first sitting in the road and then leaves, the trainer merely tied monofilament, undetected by camera, loosely around her neck. One trainer, off camera, called to her to get her to look in the camera's direction. Then a second trainer, using the monofilament, guided her off camera. There is a scene where Joseph goes hunting, along with his dog, and while walking through the woods he sees two pheasants take flight. He aims his gun and shooting twice kills both birds. Several takes were done for this scene and several birds were used. However, each bird was released only once by his handler. For their protection, the birds all had blinders on before being used, which were removed before filming. After filming all birds were released. The pheasants that Joseph kills were actually dead birds purchased by the production before filming began. Other scenes include Catherine sitting nude on her horse and Joseph milking a cow in which a fake udder was used. There are many scenes throughout the film where chickens are seen in the yard or the horse and cow are in their stalls as background atmosphere. There is also a scene in the beginning where a small boy is seen running through a field while his dog runs after him. To accomplish this the trainer, from off camera, merely called the dog to him.