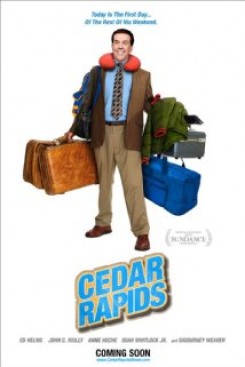 An insurance representative makes his way into a big-city sales convention in hopes of saving the jobs of some fellow employees. But things turn chaotic when he encounters a scandal, an adulteress, a booze and drugs party, and some unexpected friendships.

Two of the convention attendees milk cows in a barn. For this very brief scene, trainers placed the cows on their marks in a barn and tied their ropes to a post. The actors had received instruction and were extremely well-rehearsed on how to briefly milk the cows, which were "show" dairy cows accustomed to being around strangers.