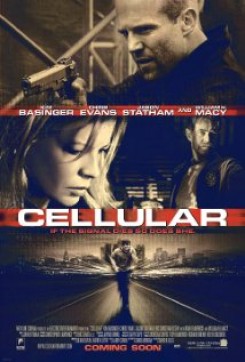 Ryan Hewitt (Evans) receives a bizarre call on his cell phone from a desperate woman (Bassinger) claiming to have been kidnapped. Although at first he thinks the call is a prank, Ryan quickly realizes the situation is deadly serious and that he is literally her only lifeline for survival.

An American Humane Animal Safety Representative was on-set for one take of a shot involving pigeons and gunfire; however, producers did not obtain the desired footage at that time. When the action was filmed again at a later date, American Humane was not made aware of the schedule change and, therefore, did not monitor how the additional footage was acquired.

In another scene, a fishbowl with a fish swimming in it crashes to the floor. Later, the fish is seen swimming in a wine glass. American Humane was not notified of this scheduled animal use or present for the filming of the scene. Producers offered no information regarding the supplier of the fish or how the action was achieved.