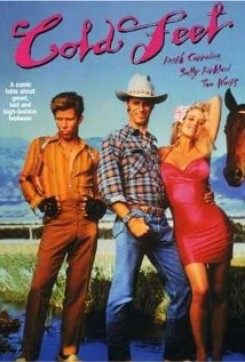 Three ne'er-do-wells, Maureen, Monty and Kenny, conspire to smuggle emeralds out of Mexico by surgically implanting them in a horse. After the surgery is completed, Kenny, a hit man, kills the vet. Kenny plans to kill Infidel, the horse, once they are safely inside The States, but Monty has other plans. Astride Infidel, he takes off for Montana where his brother has a ranch and needs a good stud horse. Kenny and Maureen take off after him. Kenny has murder in mind, but the only thing on Maureen's mind is marriage - She loves Monty.

Although no actual surgery was performed to implant the emeralds, a horse was tranquilized for the scene by a special equine veterinarian and an American Humane affiliate was present at all times. The tranquilized horse was a photo double for Infidel. The film company purchased him from a slaughterhouse where he was scheduled to be killed. Afterwards the horse was adopted by a member of the film crew. Other animals seen mostly as atmosphere are sheep, horses, dogs, chickens, and a kitten.