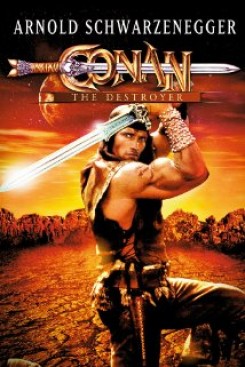 Conan leads a group of adventurers on a quest for a princess.

AHA rated the film Unacceptable and asked moviegoers to boycott it in theaters. As a result, the horse scenes were eliminated during its run in the UK following recommendations from the RSPCA to the British Board of Film Classification. Furthermore, on April 15, 1985, AHA received a letter from the Southern African Federation of SPCAs and Affiliated Societies stating that wide publicity of the film's cruelty to animals was being spread as a direct result of AHA's rating.