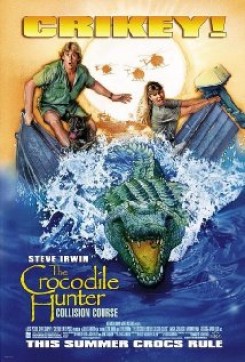 The Crocodile Hunter mistakes some CIA agents for poachers and sets out to stop them from capturing a wily croc which, unbeknownst to him, has swallowed a tracking drone.

AHA was not notified by production of the filming of this project and, therefore, did not monitor the animal action. AHA screened the film and is aware of the extensive animal action and has attempted to find out how the animal action was accomplished. AHA is also aware that the film carries an unauthorized end-credit disclaimer on the film, and our request to have the statement removed has been denied. AHA is rating the film Not Monitored.