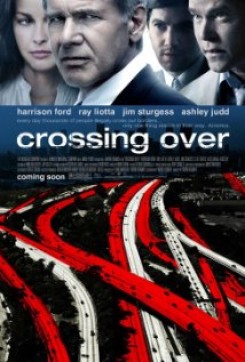 Several stories addressing immigration are interwoven, including immigrants struggling to obtain citizenship, people seeking asylum and citizens being hurt by illegal immigration. Max (Harrison Ford) is an Immigration and Customs Enforcement officer trying to enforce immigration laws, a task which is often complicated by document fraud, the naturalization process and the level at which people embrace or reject other ethnicities.

Max (Harrison Ford) sits on his couch while petting his cat on his lap. Ford was instructed on the cat's proper handling before filming. The trainer placed the cat on his lap and he petted the cat as he watched television and talked on the phone. The cat then jumped down and ran to the off-screen trainer, who retrieved it.

Production provided documentation for the stock footage of animals that was on the television.

In a brief scene outside Denise's (Ashley Judd) house, a person in the background walks a dog on a leash. The trainer handed the actor the leashed dog right before filming began and then stood just off-camera.

American Humane monitored an additional scene with a dog that did not appear in the theatrical release.