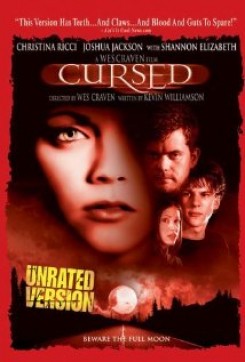 A werewolf loose in Los Angeles changes the lives of three young adults, who, after being mauled by the beast, learn they must kill their attacker if they hope to change their fate.

Two golden retrievers, Solar and Orion, were on call for the part of Jimmy's dog "Zipper." In one scene, Jimmy (Elsenberg) follows Zipper into a store and places a leash on him. When Bo enters the store he looks at the dog and says "boo!" causing Zipper to bark at him. To accomplish this mild action, a trainer released the dog and used verbal cues to get him to run to the employee and bark at the actor.

After an accident, Zipper is seen sitting in the backseat of the car. Jimmy opens the door and Zipper growls and bites him. The dog was situated in the car with a hidden trainer while a second handler stood outside using hand signals to get the dog to growl and appear agitated. The trainer also held up a pole with treats on the end of it to entice the dog to look in various directions. An animatronic dog replaced the real one for the biting shot.

In one scene, Jimmy hears barking outside his window and sees a few dogs sitting on the street and lawn looking at him. When Jimmy howls at them, they all take off running in different directions. Although it looks like the dogs are on a normal city street, filming actually took place on the back lot of Universal Studios. Every dog had a corresponding trainer who placed them on mark and verbally cued them to stay and speak. To get the dogs to leave when Jimmy howls, nearby trainers just called them out of frame.

As Jimmy eats steak at the table, Zipper sits nearby watching hopefully. The sound of a plate breaking is heard off screen, and Zipper is next seen eating the steak off the floor near the broken plate. Later, Zipper runs under the table, and as Jimmy approaches, the animal is transformed into a "weredog" and attacks his owner.

This scene comprised several separate shots, and the dog's transformation came courtesy of computer-generated imagery. The trainer placed Zipper on mark and stood just off-camera for the first part of this scene. The meat was placed on top of the pieces of the plate, which were inspected by the trainer for safety before getting the dog into position. A trainer hid under the table and called the dog to him. For the part in which Jimmy tries to pull the dog from under the table only to find that Zipper has become an evil beast, an animatronic dog was used.