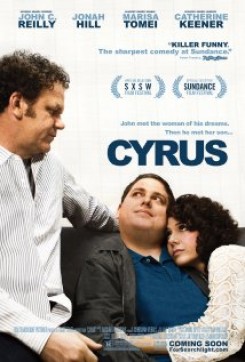 A recently divorced guy meets the woman of his dreams. Then he meets her son.

A leashed dog is seen in a park in the background. For this brief and mild action, the well-rehearsed dog was simply walked by its actual owner and rested between takes. Cyrus does not carry the American Humane disclaimer at the end of the film because the production did not give American Humane a pre-release screening of the film, which is one of the requirements for issuing the disclaimer.