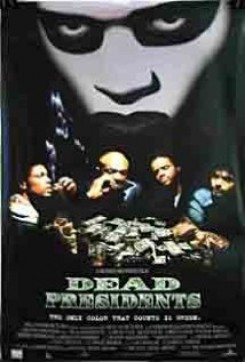 The year is 1968 in North East Bronx. Anthony Curtis and his buddies, Cleon, Skip and Jose, good old homeboys in their senior year of high school, try to determine their futures after graduation. Skip has decided to take over his father's business as a local pimp. Jose, in an attempt to dodge the draft board, decides to marry his girlfriend and raise a family. Anthony works for a milk company, but also runs numbers in the back of a pool hall for the owner, Kirby. Cleon doesn't have any idea. Anthony is the sensible one of the four and has decided that rather than dodge the draft board, he will join the Marines and fight in Viet Nam. His friends all think he's crazy, but later two of Anthony's friends, Skip and Cleon, are drafted and land in Viet Nam anyway. While in Viet Nam, these boys grow up quicker than they may have planned. They not only witness countless killings, but also learn to kill. During their tour, which is Anthony's second tour of duty, the boys end up in the same platoon. Along one of their missions, Cleon, becomes completely freaked out and when he kills a South Vietnamese soldier, he cuts the head off and takes it as a good luck charm. Prior to leaving for Viet Nam, Anthony unknowingly impregnates his girlfriend, Juanita. He learns of her pregnancy only after Juanita sends him pictures of his daughter. When Anthony returns, he wants desperately to be with Juanita and his daughter and be a family. Juanita is happily dating someone else and since Anthony doesn't have a job, there's really no reason for them to be together. Oddly enough, the only one of the buddies to have a job when they return from Viet Nam is Cleon, who takes over his father's congregation and becomes a pastor. Since everyone else cannot find work, they decide to rob an armored truck. Those involved include Anthony, Kirby, Anthony's former boss, Juanita's sister, Delilah who is a black militant, Jose, Skip and Cleon. Dressed as clowns, they pull off the robbery. During their escape, however, Jose and Delilah are killed. Every thing else is going fine until Cleon starts spending the money too fast and the FBI pulls him in. Faced with doing hard time, he rats on his friends and they all wind up in jail.

There was a scene in Viet Nam with a water buffalo standing in the middle of a river. In the background there is an explosion and the water buffalo runs off. To accomplish this scene, a trainer was off camera calling for the buffalo to come back to his trailer with food as a reward. Cotton was placed in the buffalo's ears. The explosives were not close enough to harm the animal. The Director of Photography had used a long lens which made the buffalo appear closer to the explosives than he was. Prior to going to Viet Nam, Anthony and his father go duck hunting. Ducks are seen flying in the air A to B. This scene was filmed at the Long Island Hunting Preserve in Long Island, New York and the ducks were just flying overhead. We hear the sound of gunfire off camera, but no guns are seen. The only other scene with animals shows cockroaches on a wall crawling A to B. To accomplish this scene, the cockroaches were placed on a table and they just crawled around. The camera was tilted to make the table appear like the wall.