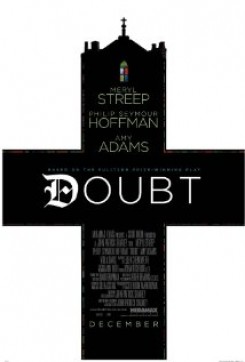 Father Brendan Flynn (Philip Seymour Hoffman) teaches at a Catholic school in New York and is accused of having an improper relationship with one of his students.

Doubt is a Screen Actors Guild (SAG) production, and therefore it was required to provide American Humane's Certified Animal Safety Representatives™ on-set access whenever animals were used. However, due to late notification or scheduling conflicts, American Humane's Film & Television Unit was unable to directly supervise the scenes in which animals appeared. Miramax Filmsdid provide a pre-release screening of the film, but since American Humane could not witness the animal action firsthand, the film has received a Not Monitored rating.