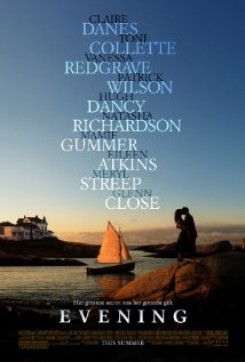 "No Animals Were Harmed" Ann Lord (Vanessa Redgrave) reveals a secret to her daughters, Constance (Natasha Richardson) and Nina (Toni Collette) who come to take care of her when she takes ill.

As Buddy (Hugh Dancy) and Ann walk across the lawn in one scene, two dogs run up to them. They pet the dogs, who then turn and run offscreen. Two trainers accompanied these golden retrievers, Luke and Kirby, to the set on leashes. The actor was given some treats to put in his pocket and both dogs were aware of that. The trainers released the dogs, who ran to the couple on cue. An offscreen trainer then called to the dogs, and they ran back out of camera range. Seagulls and birds that appeared in some scenes were merely caught on film in their natural environment. The butterfly and fireflies that appeared in scenes were computer-generated (CGI).