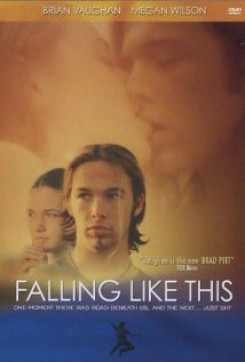 Boyd's Out is a teen story about a young girl's obsession with a bad boy who gets out of prison and charismatically takes her on his outlaw journey.

In a tender moment Boyd tries to soften up his girlfriend's mother, Sarah who is not in favor of Boyd dating her daughter, Patty. Sarah is in her kitchen where she is caring for a litter of baby possum. She tells Boyd that the mother possum had been hit by a car. He picks one up and then feeds all of them with a turkey baster filled with milk. For this scene the trainer brought in two baby possum that she had actually rescued. They remained in the box in which she brought them and were handled very little. The possum were fed baby formula.

Patty and Boyd are determined to be together no matter what Sarah may want for her daughter. Sarah returns from shopping only to find the cat batting something around the kitchen. It turns out to be a condom. Sarah is now on the warpath, manned with evidence that Patty must be having sex with Boyd. For this scene a condom was filled with catnip and the tabby was merely playing for the camera.

Later the police use a German Shephard to hunt for Boyd who has fulfilled his outlaw destiny. For this scene, the trainer doubled as the policeman and handled the dog. When the dog is seen barking, a second trainer was just off camera holding the dog's ball. The dog received the ball and treats as a reward for barking or "asking" for it on cue.

In other scenes a fish tank was used as background atmosphere. Production rented the tank and pooka fish and returned them unharmed after filming.