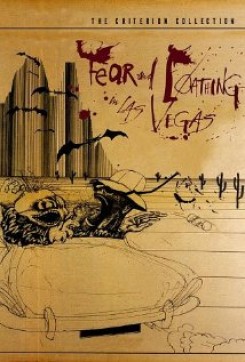 Fear And Loathing In Las Vegas

An oddball journalist and his psychopathic lawyer travel to Las Vegas for a series of psychedelic escapades.

I screened the film and noted a circus act involving a dog in a high wire act. The dog was held by his back legs and a man swung back and forth, supposedly dropping the dog into the net. I have tried to contact the production, however, this was filmed in August and September of 1997 and the offices are closed. The trainers that did the other animal action did not know about this scene. We never received a call sheet to confirm when they were shooting this scene so we were unable to verify that it was actually a professional circus team and not a staged act for the film. Other animal action consisted of a dead deer over the front of a jeep, supposedly shot by hunters. An orangutan at a circus casino in costume at a game booth and performing behavioral stunts such as giving a raspberry, holding a cigar in his mouth, etc. A large fish in an aquarium at a bar and a bowl of pretzels that turn into worms. For the scene involving the orangutan, the trainer placed the costume on the animal and placed him on his mark, cueing him with verbal and hand signals. After each take, the animal was rested in his private air-conditioned room. The cigar in his mouth is unlit when he is holding it or in his mouth.