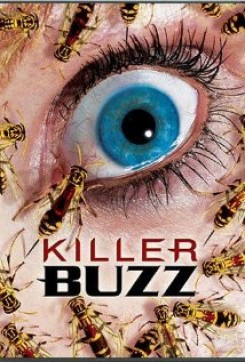 A top-secret experiment in biological warfare becomes public knowledge at 35,000 feet above ground.

The bees in the film were a combination of computer generated images and real bees. Trainers released the bees and retrieved them with nets after a scene was filmed. In some close up shots, a bee climbs out of a soda can, on a head set, and on an actor's arm. Bees that appear to be swatted at by actors were supplied by the trainer, who preserves bees that die of natural causes and then uses those dead bees for scenes that would place a live bee in jeopardy. When the bees emerge from the airplane lavatory sink and into the cabin, a fake bathroom sink was built to accommodate the insects. A trainer stood under the fake sink holding the bees in a net. The trainer released the bees, which flew through the fake sink and into the plane. Again, trainers caught the bees in nets when the scene was over.

In one scene a black panther leaps at two characters. The panther is then dragged into the bushes. Both a computer generated and real panther were used. A trainer put the large cat on its mark in front of a green screen and played with the panther. The panther was filmed in various positions and looking in different directions. The panther's scene was edited in post production to make it appear as though it was actually attacking the people.

The specimens in jars in a laboratory and the dead, poison dart frogs that hang from a line were props made from sponges.

The alligator that appears to be shot at in the water is stock footage. Also, birds were filmed naturally in flight for a few scenes.