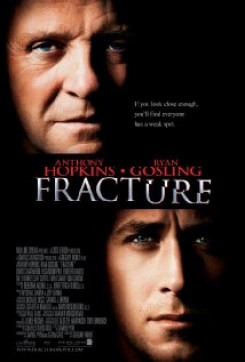 An assistant district attorney (Gosling) is caught up in a game of cat-and-mouse with a man (Hopkins) who believes he has committed the perfect murder.

A girl walks a dog on a leash through a yard. The actress was the director's daughter and owner of the dog. There were also some actors walking dogs in the background of some scenes. These actors were also the owners of the dogs and the animals were behaving naturally on leashes. The grounds were checked before filming began to make sure it was safe for the dogs. All of the dogs were kept with their owners and separated from each other while on set, since they were unfamiliar with each other.