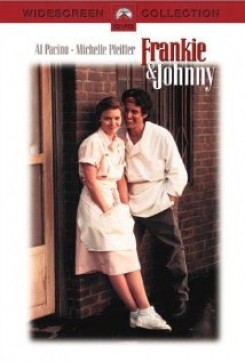 Frankie and Johnny is the story of love and human relationships. More than a tale of two people falling in love, it's a character study of a colorful variety of "ordinary" New Yorkers. After being released from prison, after serving eighteen months for check forgery, Johnny takes a job as a short-order cook. He's immediately attracted to Frankie, a waitress, but she rejects any of his advances. Johnny is persistent and, after Frankie relents and goes to a party with Johnny, a romance develops between these two lonely people. However, their romance comes to an abrupt halt when Johnny proposes marriage and we learn why Frankie feared any romantic involvement.

Animal action is minimal and animals are primarily atmosphere, such as two mounted policemen and a dog on a leash. Turtles are seen in an aquarium. Some of the characters have pets, such as a cat which is present in various scenes and a dog on a bed.