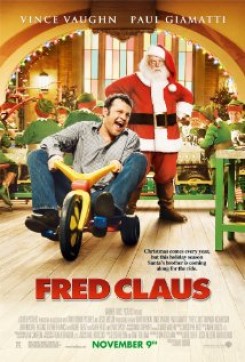 Fred Claus (Vince Vaughn) is the younger brother of Santa Claus (Paul Giamatti). Fred gets himself into some trouble which lands him in jail and he looks to his older brother to bail him out. Santa agrees to bail him out on the condition that Fred return home to the North Pole and help with the family business.

Safety Representatives were unable to directly supervise the animal action in Fred Claus because most of it was filmed outside the United States and the production did not establish a contract for our oversight. However, the production submitted the relevant animal scheduling information, and provided a pre-release screening of the film, as requested by American Humane.