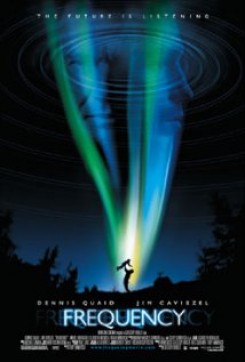 Police officer, John Sullivan, discovers his father's ham radio in the attic, thirty years after his father's death. Through one of the great mysteries of the universe, he is able to use the radio to communicate with his deceased dad. The question the film poses is that if the future can be foretold and if we can communicate to those who pass beyond, can we change fate? Creature feature is dogs and rats.

The story unfolds both in the past and in the present. John Sullivan as a little boy plays with his friend and his dog in the backyard. We see the dog in several scenes just hanging out with the kids and then being placed in bed with the boy when his father tucks them in for the night. As an adult, John has no pets.