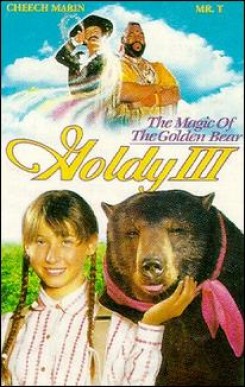 Goldy 3: The Magic of the Golden Bear

Goldy III: The Magic of the Golden Bear is the second sequel about a little girl named Jesse and her pet bear, Goldy. Jesse has dreams of being a circus performer with Goldy in her act. What ultimately develops in the movie teaches us to understand and respect freedom for all living creatures.