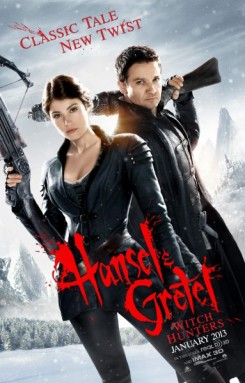 American Humane Association Certified Animal Safety Representatives™ were unable to directly supervise the animal action in Hansel and Gretel: Witch Hunters due to the fact that it was filmed internationally and the production did not establish a contract for our oversight. However, the production did provide a pre-release screening of the film, as requested by American Humane.