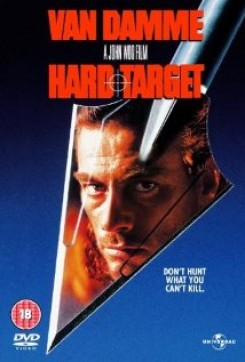 A young woman arrives in New Orleans to meet the father she hasn't seen since her parents divorced twenty years ago. Natalie goes to his last known address only to find he had moved out a few weeks before because he had lost his job and could not pay the rent. She traces him to a park where he had camped out amid other homeless. When she fails to locate him, she goes to the police to report him missing. The police offer no other help, so she decides to search all the places frequented by the homeless. Knowing she'll need a bodyguard, she goes to the docks where men are looking for work and hires Chance Boudreux. Together they begin their search which uncovers a hideous game in which wealthy men hunt and kill worthy opponents for sport. The opponents must have combat experience in order to be more of a challenge to the hunter. These opponents are procured from the ranks of homeless men. The hunters pay half a million dollars for the opportunity to play the game. With such huge sums of money at stake, the evil organizers of this "sport" are out to stop Natalie and Chance before they can reach the authorities. The couple are pursued by the evil-doers through a series of violent, action-packed confrontations.

As Natalie and Chance make their way by foot through a bayou, Chance spots a six and a half foot Eastern Timber snake just above Nat's head. He grabs the snake, punches it, and bites off its rattle. He then rigs the snake as a booby-trap for their pursuers. The trick works as the snake drops onto a man, biting him in the face and killing him. Another man shoots the snake, blowing off the snake's head. This very potent scene was accomplished with the use of a real snake, a mechanical snake built by a special effects company, and a snake made of a papier-mache-type material. All of the violent action was accomplished with the special effects snake or the papier-mache snake, which was edited with footage of the real snake. Part of the pursuit takes place with Natalie and Chance fleeing on horseback as they are fired upon by a helicopter from above. For this fast riding scene, the ground was inspected and cleared of hazards and quarter loads were used for gunfire near the horses. Small explosions were used in this scene but were positioned away from the area where the horses worked. For a horse fall, the lead actor's horse was substituted with Twister, a trained falling horse. The ground was properly prepared and Twister performed his speciality perfectly. A stuntman, who was an expert rider, was photo-double for the lead actor. The final confrontation takes place inside a warehouse. Pigeons are seen in different areas of the warehouse, such as on rafters. There are shots of the pigeons flying into the air in reaction to a variety of activities taking place around them. When the villain shoots into the air, a flurry of feathers fly down., but no pigeons are harmed in the scene. In other animal action a white dove flies into a room and lands on a banister and goldfish swim in a small aquarium.