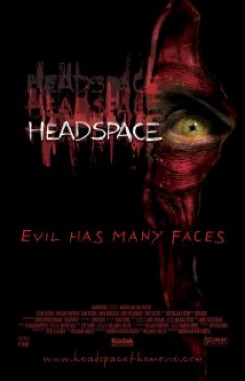 After meeting a mysterious chess master and artist named Harry (Erick Kastel), Alex Borden's (Christopher Denham) comfortable life slowly becomes a waking nightmare. Long-suppressed memories of a violent past begin to plague him, and friends and neighbors suddenly start to disappear, sparking rumors of a serial killer on the loose. Overwhelmed by these visions, Alex must find a way to distinguish between reality and an overactive imagination.

The family dog, played by a shepherd mix named River, appears twice in the film. In one sequence, the dog lies limp and bloody in a woman's arms. As the actress sat on the floor, the trainer got the dog settled into her lap. Both trainer and actress petted River until he became so relaxed, he fell asleep in her arms. At that point, the trainer placed a blanket stained with fake blood over River, and the final effect on camera was that of a seemingly lifeless dog.