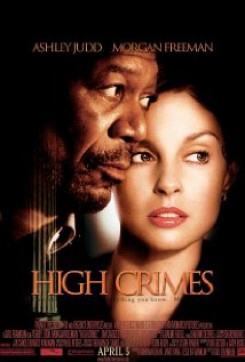 Ashley Judd plays Claire Chapman, a San Francisco attorney who teams up with former military attorney Charlie Grimes, (Morgan Freeman), to defend her husband in military court. The military has declared him a deserter, charging him with participating in a mass killing in El Salvador.

Charlie's dog Delilah was played by a Golden Retriever named Sergeant. The actor and canine were introduced to each other before filming began and became fast friends. In several scenes, Delilah lies on the floor. The trainer put Sergeant on its mark and used hand signals from off camera to get the dog to stay. In one scene, the actor plays ball with the dog out in the yard. Predictably, Sergeant was more than happy to follow the ball anywhere the actor threw it. Later, the dog runs into Claire's bedroom and jumps up on the bed to greet her. The trainer released the dog from off screen and it ran to the actress.

During the San Salvador flashback sequences, several pigs and chickens walk around in the background and later, two men ride horses down a street. Local wranglers provided the animals in these mild scenes.