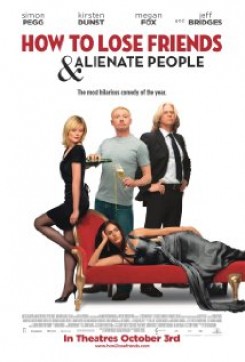 How To Lose Friends and Alienate People

Sidney Young (Simon Pegg) is an unknown celebrity journalist whose life changes when he is hired by a well-known New York magazine.