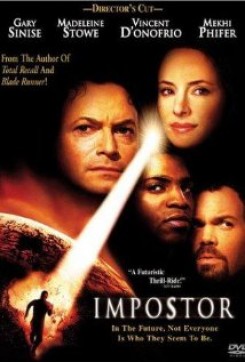 Gary Sinise plays Spencer, a weapons engineer who invents the ultimate weapon in a war against aliens. His discovery leads to him being suspected of being an alien himself.

Rats! There is a very dark, brief scene where Spencer walks through a building and a few rats are crawling on the ground. The trainer placed the rats on their marks and ret rieved them after the scene was complete. American Humane was not on set to monitor the animals in this film, but after reviewing the action, we are rating the film Believed Acceptable.