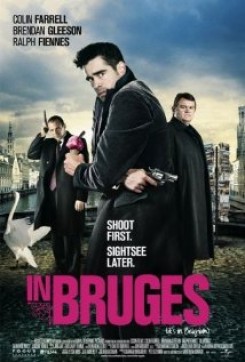 Guilt-stricken after a job gone wrong, hitman Ray and his partner await orders from their ruthless boss in Bruges, Belgium, the last place in the world Ray wants to be.

American Humane Animal Safety Representatives were unable to directly supervise the animal action in In Bruges because it was filmed outside the United States and the production did not establish a contract for our oversight. However, the production submitted some relevant animal scheduling information, and provided a pre-release screening of the film, as requested by American Humane.