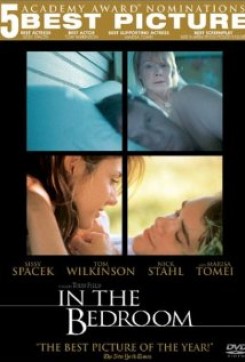 A New England couple's college-aged son dates an older woman with two small children and an unwelcome ex-husband. Then something terrible occurs in this wrenching, emotional drama.

Trapping Sea Creatures A lobster trap is pulled up from the water and set on the side of the boat. Frank pulls some crabs out and throws them back into the water. He picks up a live lobster and sets it onto a tray. It moves. Then he holds up another lobster and puts a rubber band around its claw. A huge crab is held up and then thrown back into the water. Grandpa hands a young character named Duncan a big, pregnant lobster and teaches the boy that the pregnant ones need to be returned to the sea. Towards the end of the film, another lobster trap is pulled up from the water. The lobsterman holds the lobster in his hand and is cut by the claw. He sets the lobster on top of the trap and tends to his finger. The animal trainer was an experienced lobsterman who supplied the sea creatures that were used in the film. The Stat e Fish and Game Warden supervised the trappings, filming, and releasing of all these creatures. A lobster with one claw is relatively common, as the lobsters release their own claws to get away from another sea creature or get trapped by an obstacle in the ocean. Placing a rubber band around the claws of a lobster is a common practice. This keeps the claws together, so no pinching can occur. The rubber bands were gently removed before the creatures were released back into the ocean. Deer Action Later in the film, there is a brief shot of a deer standing in the forest. Two trainers stood off-camera as another trainer put the deer on its mark. The trainer retrieved the deer after the scene.