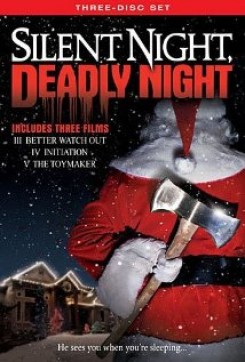 The police are baffled by a bizarre murder in which a woman was shot and fell from the roof of a building. After hitting the pavement, her body incinerated from the waist down. Kim, who works in a menial job at a newspaper, but aspires to be a reporter, decides to investigate the murder case on her own. Through her investigation she becomes fascinated with a mysterious woman named Fina. The woman drugs Kim and selects her to be initiated into a group of women who practice Black Magic. Living sacrifices are part of their ritual and Kim finds herself in fear for her life.

Numerous insects such as roaches and ants are used at various times. In one scene Fina commands Kim to eat an insect, but that is never shown on camera. As part of the initiation ritual a mole is sacrificed. For this scene a mole was held by the actress who placed a fake knife made of balsa wood to the side of the mole's throat. The knife was rigged so that stage blood would ooze from the blade. The mole was handled carefully and was never harmed.